Expired29/09/2016 3.0 12 x
Victoria needs to let her hair down and embrace her hippy side. At least, that's what her mystery stylist believes.

Expired25/09/2016 3.0 8 x
Louise's mystery stylist has an eye for the futuristic, but can they predict Louise's reaction?
Archive
Recommended shows 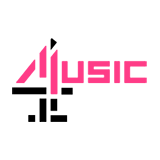 4Music
CommunityCatch Up on Community and watch online. Missed an episode of Community? Find and watch all the latest episodes.

4Music
ScrubsCatch Up on Scrubs and watch online. Missed an episode of Scrubs? Find and watch all the latest episodes.
We use cookies to personalise content and ads, to provide social media features and to analyse our traffic. We also share information about your use of our site with our social media, advertising and analytics partners.