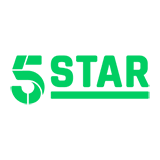 5star
NeighboursCatch Up on Neighbours and watch online. Missed an episode of Neighbours? Find and watch all the latest episodes.