Men In War is a TV show on British national television from 5USA with an average rating of 3.0 stars by TelevisionCatchUp.co.uk's visitors. We have 1 episodes of Men In War in our archive. The first episode of Men In War was broadcast in May, 2015. Did you miss an episode of Men In War but don't you wan't that to happen in the future? Please set an alarm and add Men In War to your favourites, so we can remind you by email when there's a new episode available to watch. For free!

27/05/2015 3.0 12 x
Powerful drama set during the Korean War, about a conflict of interest that arises between a lieutenant and a sergeant.
Archive
Recommended shows 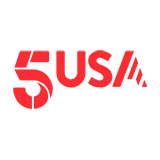 5USA
Rookie BlueCatch Up on Rookie Blue and watch online. Missed an episode of Rookie Blue? Find and watch all the latest episodes.

5USA
NCISCatch Up on NCIS and watch online. Missed an episode of NCIS? Find and watch all the latest episodes.

5USA
CSI: MiamiCatch Up on CSI: Miami and watch online. Missed an episode of CSI: Miami? Find and watch all the latest episodes.
We use cookies to personalise content and ads, to provide social media features and to analyse our traffic. We also share information about your use of our site with our social media, advertising and analytics partners.