Expired17/02/2018 4.0 4 x
The dealers compete for an original graffiti artwork, a first edition James Bond book, a clock from the German warship Tirpitz, a rare Japanese pen and a taxidermy unicorn

Expired16/02/2018 4.0 3 x
Can deals be struck for a colourful Banksy print, a signed prop from Withnail & I, or a designer chair inspired by Marilyn Monroe's famous white dress?

Expired15/02/2018 3.0 3 x
Can the dealers seal a deal on a taxidermy grizzly bear? Plus: a scrimshaw horn carving, a vase linked to sculptor Elizabeth Fink, an antique French tapestry and more.

Expired11/02/2018 3.0 4 x
Items brought in for the dealers' scrutiny include an Enid Blyton first edition, a samurai sword, some David Bowie prints and a glass sheep. Who will make the best deal? 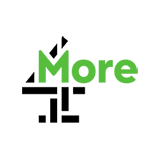